The Suit of Wands 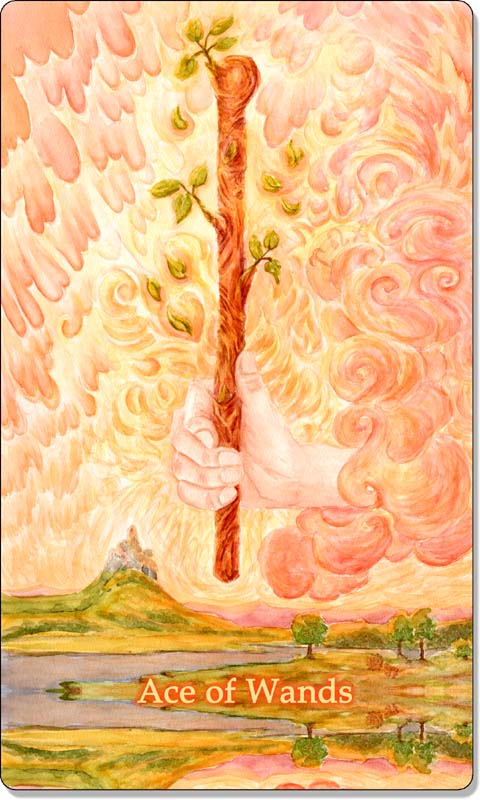 The Suit of Wands typically relates to growth, action and forward movement. Consider the corresponding season of Spring, where we begin to see all of the new growth for the coming year. Whereas Cups tend to represent the emotional being, Swords, the mental state and Pentacles the physical world, Wands tend to represent how and when those things happen.

When Wands cards appear, you know that things are HAPPENING. Many link this suit to career; not necessarily the work or the pay, as those would fall under the Pentacles domain, but moreover the concept of pursuing something meaningful, and the drive to attain it. That is the Suit of Wands. Matters of Spirituality are also under the Wands domain.

When we look deeper at the meaning of growth, we see the full spectrum in this suit, from the initial seed, spark, inspiration or idea (which is associated with Wands) to the creativity, drive and determination (also Wands attributes) to see it through to fruition. On the negative side we see arrogance, bad temperaments, lack of direction, inertia, waffling and false starts.

The Suit of Wands corresponds to the playing card suit of Clubs, and you may see this suit also named Rods, Batons, Staves and more in other decks. This does not change the inherent meaning of the cards. As it relates to people, the Wands Court Cards are usually used to represent those with a Fire Sun sign; Aries, Leo and Sagittarius.

Major Arcana Cards that correlate to the Suit of Wands are as follows: The Emperor, Strength, The Wheel of Fortune, Temperance, The Tower and The Sun. In each of these cards you will find Wands energy.

Keywords: Hold your ground, defending yourself, take a stand, don't give up