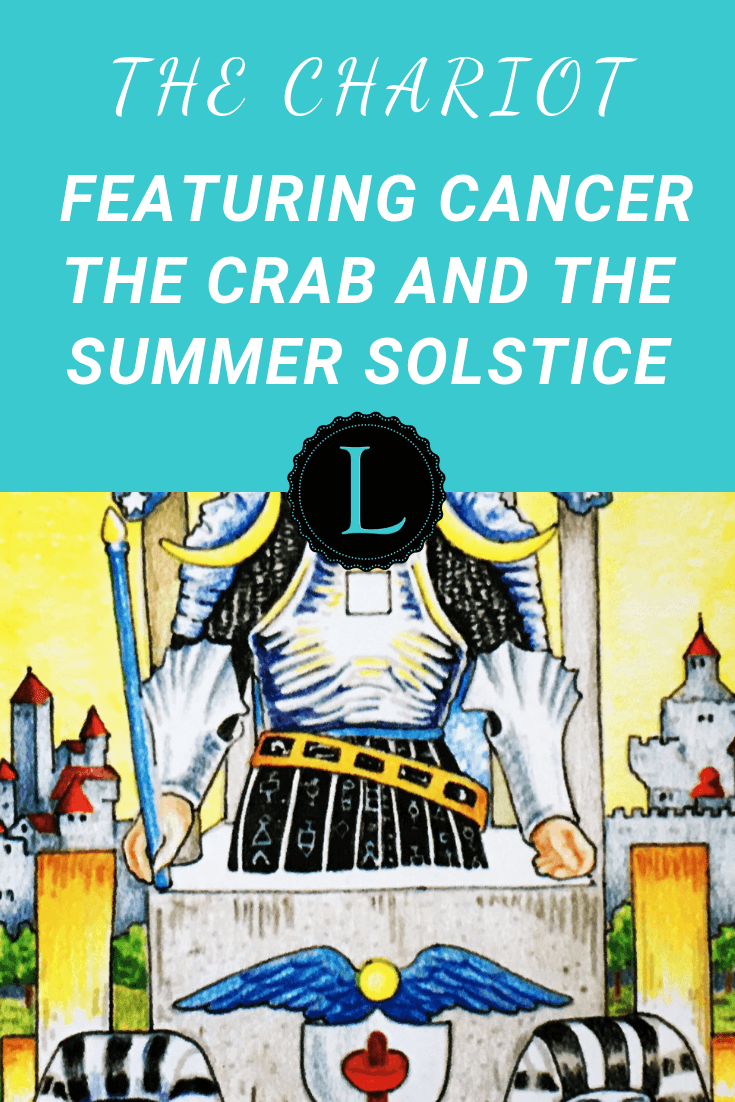 Tarot is a complex subject, the cards have many meanings and associations, including to Astrology. This time of year we are heading into summer here in the Northern Hemisphere and as such, just celebrated the Summer Solstice. The Solstice is the moment of the Sun's ingress into the sign on Cancer. The Chariot is the card in the Tarot that represents the Sun in Cancer.

You can download an amazing spread for the Summer Solstice that will give you incredible insight into what you should be focusing on over the summer months and where to spend your extra daylight hours.

Now I know, if you know even a SMIDGE about Astrology, you are probably thinking WHAAAAT? What the heck does this powerful Charioteer have to do with a maternal, emotional nurturer like Cancer? Well in this post, we are about to discover exactly that. Whether you are new to Tarot or have been around the reading table a few times, knowing a bit about the astrological associations with each card can add another layer of meaning to your readings, adding additional richness and depth.

*How to use this energy to your benefit this month while we are all receiving it!

Do you have a deck handy? Go ahead and grab your copy of The Chariot now!

The first thing you notice is the chariot itself. Inside stands a man, in a suit of armor, the charioteer. These are our first associations with the sign of the crab. First of all, a crab is verrrrrry protective of itself. It has a hard shell so it can protect its soft underbelly. So too is the Cancer person. It's no secret that Cancer's are very protective of themselves (emotionally) and wear a shell that is difficult to penetrate until they know and trust you. That can take awhile! This is symbolized by the charioteer's armor.

Secondly, the Chariot itself goes wherever the charioteer goes. Again this is indicative of the crab, which carries his house on his back everywhere he goes. The Tarot Handbook refers to Chariot people as a combination of those who like quiet and emotion inside their home, meaning their home is their retreat and they very deeply love to be tucked away there peacefully, yet they like to up and move around spontaneously at any time, suddenly in any number of unexpected directions.

The sphinxes are black and white, symbols of the full and new (dark moon) and the epaulets on his shoulders are the quarter moon phases. The sign of Cancer is ruled by the Moon.

Cancer is a water sign, very emotional, especially being ruled by the moon, and as such there is indeed water in this card in many decks. The Moon itself affects the ebb and flow, the tides of the ocean. The waters run deep, just like the emotional depth of a Cancer.

Now let's take a look at the similarities between the characteristics of the card and sign. The card is generally depicted as having two Sphinxes, rather than two horses. I think it can be said that is very fitting for a Cancer. A sphinx is not well known, and conversely, is known for its riddles. So is the Cancer person. A Cancer is hard to know well, always keeping things private (hidden in that shell) and like the Sphinx, can be full of riddles. Asking direct or probing questions of a Cancer will not likely yield any results. Like a crab, the scuttle sideways, asking indirect questions to determine what they want to know without actually asking or giving away any real info themselves.

So you probably have things like "victory" or "success" or "forward movement" as some of your keywords for the Chariot. Which is ironic since crabs move sideways! So how does this happen? Well with the Chariot, it's actually about control. Emotional control.  I want you to add this to your repertoire of meanings for this card. And if you think about it, it makes sense from a sequential standpoint. When the next card, Strength is reversed, isn't control, emotional control, what we need to come back to work on?

So in the Chariot, we are reconciling opposites they say. That is because Cancers have a hard time focusing on what to do next. They are very strong willed and determined people, and once they get their eye on the prize, there is NO stopping them, it's getting it going that is the hard part.

That's why the sphinxes are facing away from each other, not forward, which crabs have to work at. This is about controlled movement. A cancer will deliberately pursue something with purpose, once it has completely evaluated the situation, analyzed the data and decided what the best course of action is.

This is where it gets interesting, just as it is hard to get the chariot moving when it is standing still; it is equally hard to stop it once it is in motion. The Chariot may be stationary while the Charioteer (aka the Cancer individual) plots their next move.

The Chariot is known for success due to hard work and perseverance, and that is because a Cancer is incredibly tenacious once it has its claws in something. A competition, a goal, a project, no matter what it is, once a Cancer takes it on, it is FULL STEAM AHEAD and you would be better off to get out of the way before that Chariot runs you over! It is all about maintaining control.

As a tip, that should explain why, when you see this card, you are advised that success will be yours, so long as you stay the course and maintain control of the situation, and more importantly, being ruled by the moon, emotional control of yourself. Cancers tend to live in the past a bit, so another piece of advice this card offers is to continue to look forward with your eye on the prize.

The Chariot, being about victory, was referred to by Waite as a conquest on all planes. The Chariot can drive incredibly fast over land, but is also known to be the vehicle of both the Sun God Apollo and the Lord of the Underworld, Pluto, which pulled them across the sky. Light and Dark. Crabs too, conquer all planes, they move from the land, to the ocean and back to land again. This explains the way a Cancer is quite emotional (water) and yet quite pragmatic (land) at the same time.

Another reason this card is associated with success is due to the tenacity of the Cancer person. Cancer is a cardinal sign, and while those born under this sign may be more emotional than others, they are also leaders, starters, initiators and motivators. You will find them at the head of the class in anything they do. They do nothing halfway.

They are incredibly determined to be successful. Cancers are shrewd in business, they not only have the willpower and determination to succeed, but they are so in touch emotionally, that they are keenly aware of what others want and need and as such, are excellent at business. We see this reflected in the Chariot, the charioteer is driven, focused and successful.

How You Can Use This Energy

This time of year, the Sun is shining brightly to energize you into ACTION! What projects or ideas have you been kicking around? This is a time of year for bold decisive action. But hurry! This energy is only with us for 30 days, and then we are on to the next phase. This is a great time to get your plans in order, exactly what you want to do and how you are going to achieve them.

Then you can go after them, racing like The Chariot! Remember, the Charioteer (the Cancer) has spent time looking at the situation from all angles and being strategic before pulling those sphinxes in and getting them going in ONE direction.

But once you decide on a course of action (which you must do) it is important that you MAINTAIN CONTROL, especially emotionally. This is a core message of this card. Don't get distracted by other options, and don't let fear, or indecision paralyze your Chariot into immobility. YOU control the sphinxes. You will have more than one choice, you needed to make that in the card before, the 6 (Lovers) and now it is a time for focused, channeled, controlled forward movement! You will be unstoppable!

Please download and save the Summer Solstice spread. It will help you identify what you need to nurture but also will help you identify your greatest goals right now that you should be RACING towards, and what to devote these extra daylight hours to as well! The Sun card itself has a special message just for you. I know the insights you get will be powerful and I would LOVE to hear about them in the comments below!

Tell me below, what was your greatest insight after doing this spread? 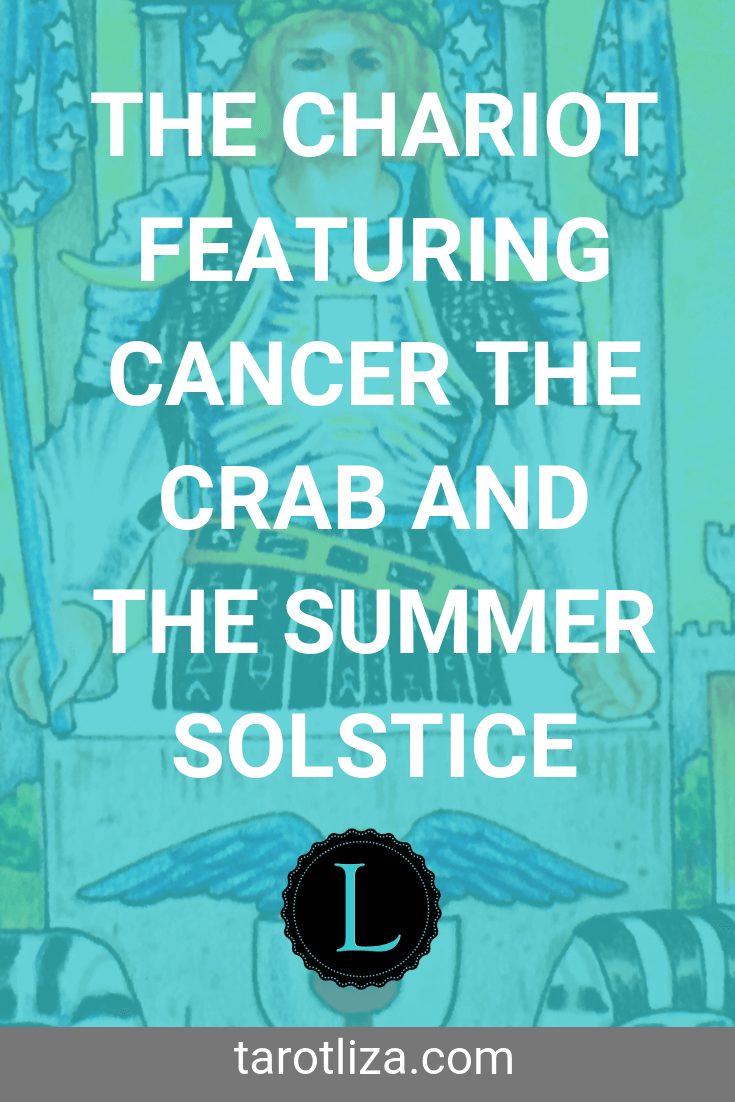 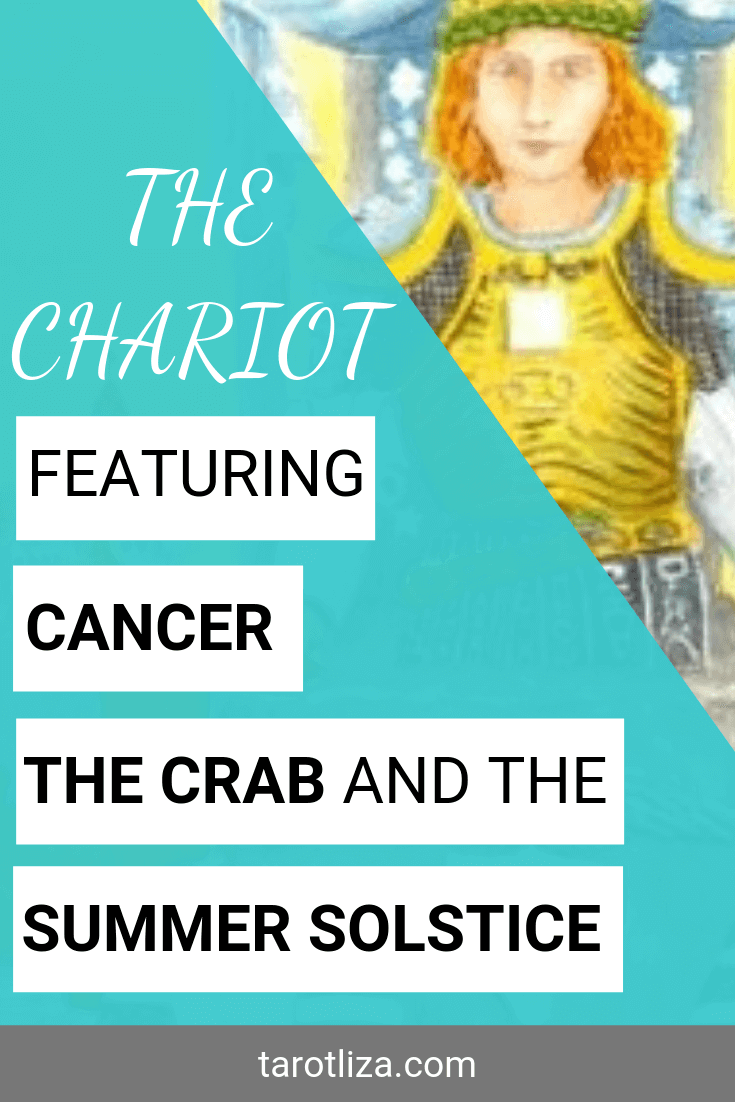 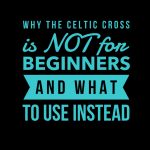 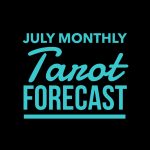